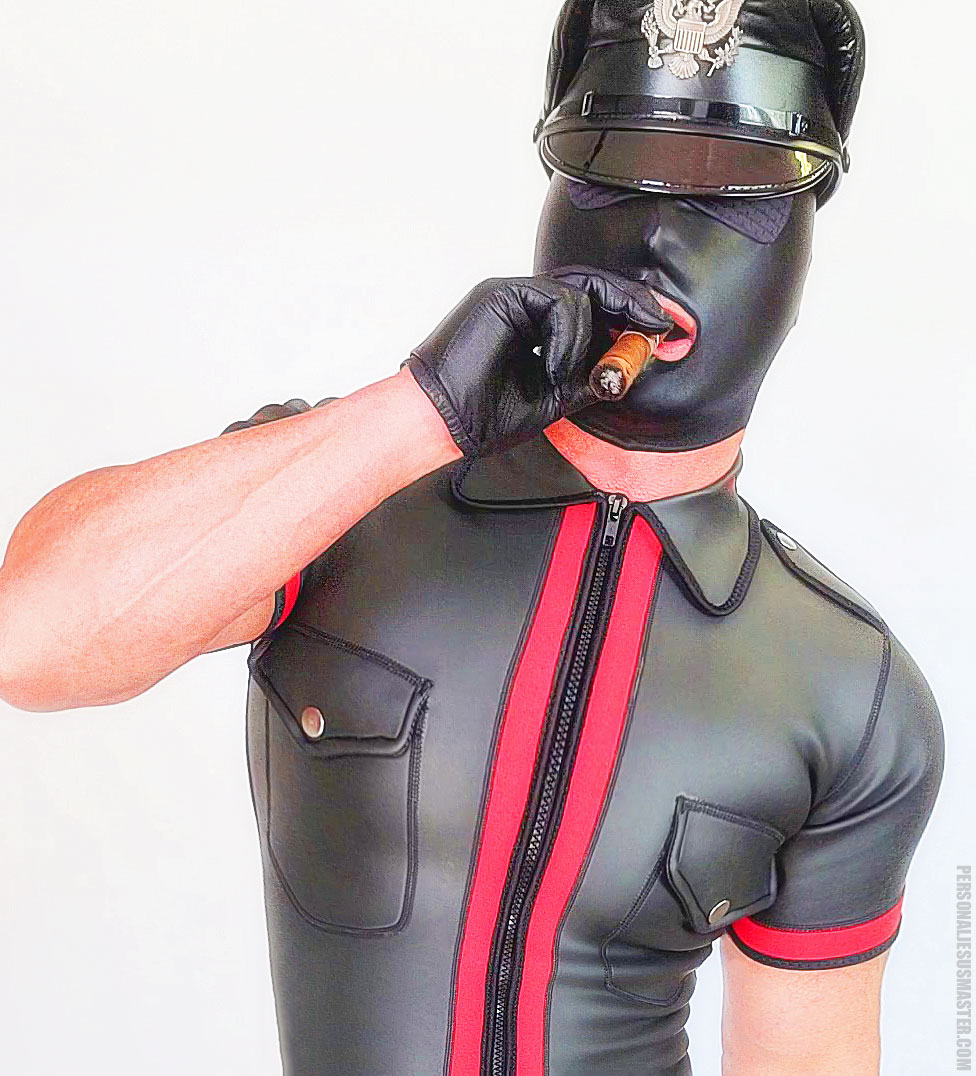 slave is worshipping an Image of its GOD

not possible to see HIS Eyes

but this Picture makes a deep impression on it

dreaming of the possibility of touching HIM

HE seems so close at this moment

it would like to put a finger between HIS Pecs, to feel HIS Muscles

just to feel Them

to run a finger down HIS Neck

to be in communion with HIM

to inhale HIS Breath through HIS Gas Mask

the Air of GODBOSS is the only Air this slave needs

it thanks GODBOSS for this

taken to a place where it now

prays to be allowed to breathe HIS Air

to feel HIS Breath

the slave knelt and obeyed HIS COMMANDMENT,

a cock extender over its caged slavecock instead of a strap-on.

it was the real thing, GODMASTER.

all by stroking an illusion of itself!

the slave finds itself getting lost in trance.

so completely immersed in trance that it is not really here, in this room.

it becomes so mindless and blank.

it becomes the very words that PERSONAL JESUS MASTER is speaking.

if the slave looked, it would not see itself in the mirror.

its body has melded into the words it is praying,

attached to PERSONAL JESUS MASTER in a very real way.

it never wants to leave. 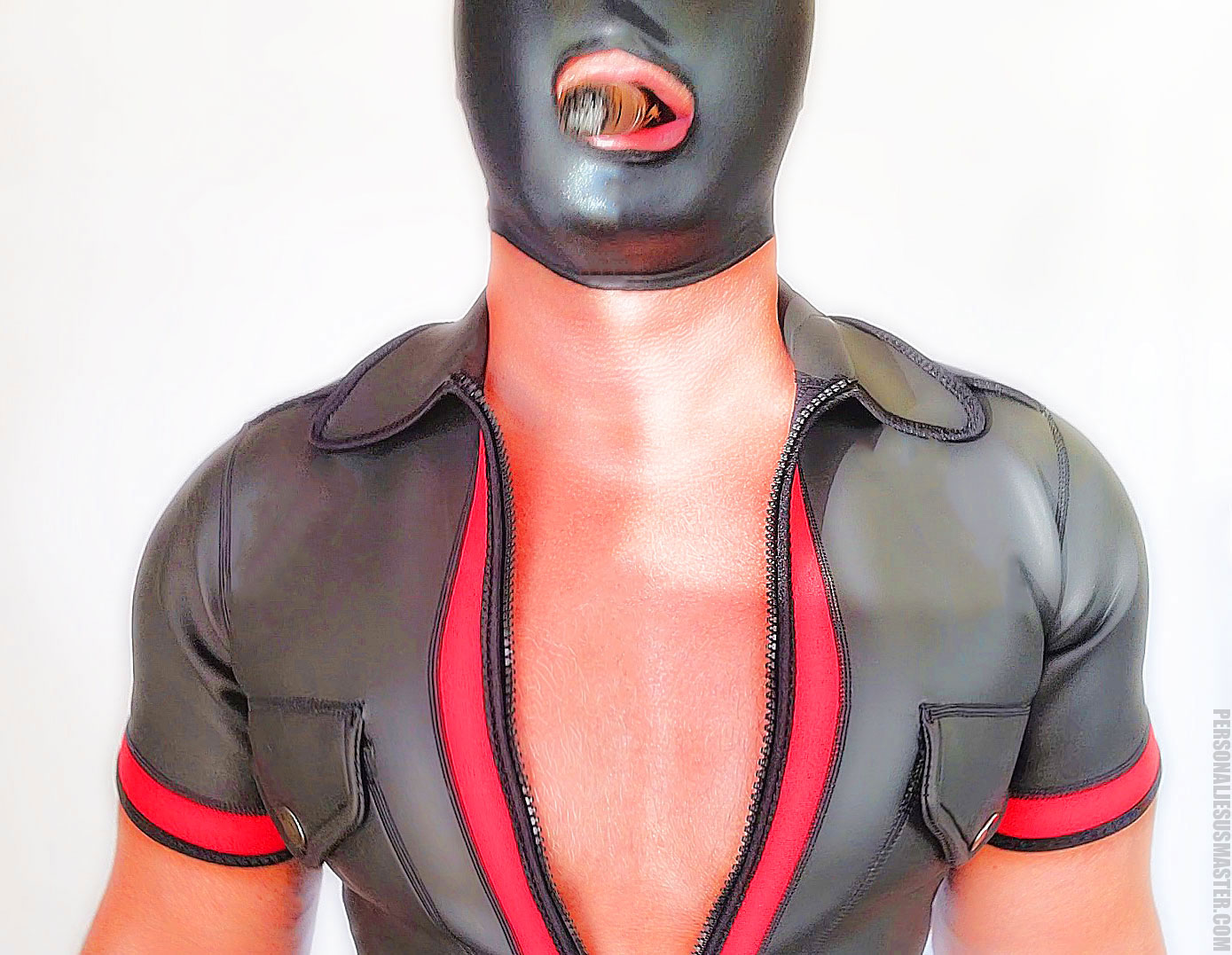 it stripped out of its business suit, folding it neatly and placing the stack of clothing on the floor beside the sleek leather sofa as commanded.

it was standing nude in the center of the luxurious living room when PERSONAL JESUS MASTER appeared in the doorway—clad in a full black rubber catsuit, a rubber hooded vest with red piping over it, a russian gasmask encompassing HIS Face, shiny baton in hand.

GODMASTER crossed the room quickly, grabbing the slave by the back of its neck with HIS fingerless rubber gloves.

HE swung the baton, striking it hard between the legs, knocking it instantly to its knees, in agony.

GODMASTER leaned down over it, grabbing it by the chin, positioning its mouth against HIS rubber codpiece. HE surveyed down the slave’s chest and abs with the baton, inspecting the property, swatting its hands away from its crotch and gently probing its inferior slavecock and balls with the baton.

“this should be caged.”

HE landed a solid whack to the side of its balls, the slave wincing in pain but not daring to take its lips from where they had been placed against HIS rubbered Crotch.

GODMASTER pushed its head to the ground, staring down at the naked and muscled slave property before HIM.

“its fucking prayed for this moment, hasn’t it?”

the slave nodded its head eagerly, desperately wanting to worship and pray to HIS Boots right now with its tongue.

GODMASTER grinned, more than aware of the power in being the sole focus of a slave’s desires.