DEEP INTO THAT FUCKING SLAVEBRAIN

Davis Betencourt knelt on the hardwood floor of his luxury penthouse apartment. he was naked except for the cruel humbler which stretched his scrotum through an opening in the middle of the black, wooden device, secured with wing nuts. The humbler was designed to fit just below his butt and constantly pull on his testicles, making standing in any position virtually impossible. his movements were restricted to being on his knees or crawling on all fours.

Davis was put in the humbler four hours earlier by the handler who had been staying in his apartment, facilitating his training for this moment, the most important moment of his life, when he would be inspected on a monitor hookup by PERSONAL JESUS MASTER, the ONE TRUE GOD!

“Prepare yourself,” said the handler. “you are about to be seen by GOD. Always, always keep your eyes averted to MASTER’S Feet, unless HE allows you to gaze at HIS Magnificence. Even then, you will avert your eyes from MASTER’S Face. all are inferior to MASTER and to look HIM in the Eyes would be an unspeakable, blasphemous sin.”

Davis tried to control his breathing as his heart felt like it would explode in his chest, his hands shaking as he held them together in prayer position. he thought about his life before he discovered HIM, before he knew that only through total, complete subjugation to the ONE TRUE GOD would he ever realize blissful fulfillment.

Just three months ago his life was an obscenity. Engaged at age 44 to Madison. She was 28 and it was to be a merger of two extremely wealthy banking families. The wedding festivities alone would cost more than a hundred people made in a year.

MASTER had given instructions as to how and when he would break it off with her. he now understood that she was a distraction from what really mattered, becoming the owned property of The GODMASTER, living for HIM. he felt deep shame at how much time was wasted from where he needed to be, groveling before the shrine of PERSONAL JESUS MASTER.

The thought of how he demanded the engagement ring back from his fiancé brought warm, submissive feelings. he thought of the horror on her face, the utter, shocked hysteria as he said, “MASTER wishes that the diamond carats be cut and made into an ornate, exquisite channel set cock ring which will adorn His beautiful and powerful GODCOCK whenever HE desires to wear it.”

“GODMASTER is about to enter,” said the handler. “Prostrate yourself.” 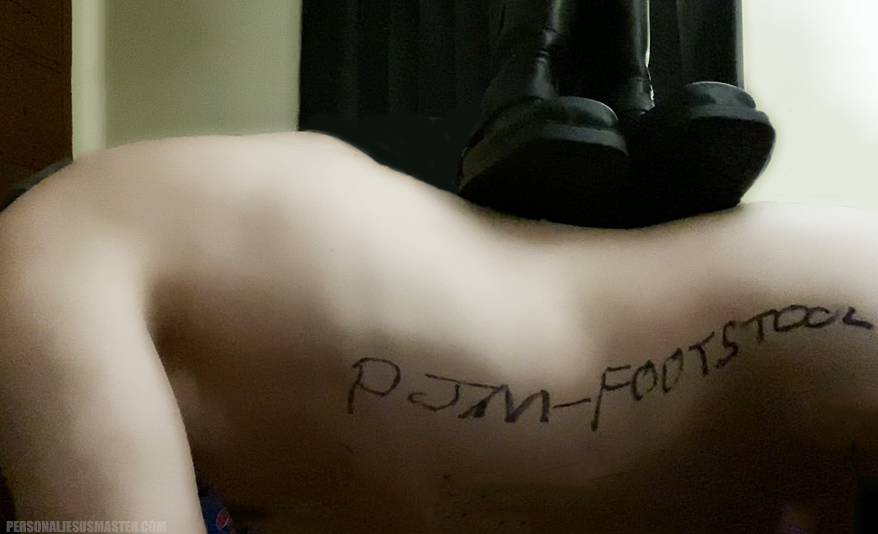 Davis immediately lay stretched out on the floor, his lips pressed to the ground. he felt the image on the enormous monitor come to life and knew that he was being surveyed by his LORD and MASTER.

his entire body began shaking uncontrollably. None of his training, his daily prayers, viewing each Vid thousands of times, could ever prepare him for the power of this moment. The thought that he was actually interacting with the ALMIGHTY GOD HIMSELF caused tears to flow down his cheeks.

And then he heard it … the Voice that consumed his every waking moment and filled his dreams. It was so imperious, with the arrogance of One who reveled in his Divinity.

he was up on his knees in an instant, eyes to the floor, hands folded together in prayer.

“The property is permitted to lift its eyes in adoration.”

Davis’ will was no longer his own. he felt completely under the control of a Higher Power. Keeping his head bowed in submission, he raised his eyes to take in the tableau on the screen.

First he saw a muscle slave encased in white latex, lying face up at the foot of a Throne. its face was hooded except for nostril and mouth holes, a thick steel collar around its neck. And as he slowly dared to glance higher, his breath literally stopped, knowing that this was the most important moment of his life.

Sitting on a luxurious black leather Throne was GOD!

At that instant, he knew with perfect clarity that no mortal could be this Magnificent.

Only the ONE GOD!

HE wore a full-length, blackglama mink coat, open to reveal HIS impossibly toned Pecks and Abs. A single, thick gold chain shone brightly around HIS Neck. Soft black leather pants hugged MASTER’S Thighs and outlined HIS Legs like a second skin. HIS leather pants were tucked into black Lucchese Alligator Boots that reached mid-Calf, and that he knew would cost an average person six month’s rent.  The Boots rested on the white-latexed muscle slave’s broad chest, serving as MASTER’S footstool.

he could feel GODMASTER’S eyes on it, a charge surging through his body like he had never experienced before, slavecock twitching madly.

“it doesn’t think. it just obeys.”

he could feel himself on his knees, could hear himself speaking the words, completely detached from the quivering drone voice reciting the prayer he had said many times recently before MASTER’S shrine:

This inferior is flawed and weak.

it was hopelessly searching for meaning in life

until YOUR Majesty benevolently appeared.

Please remake it in YOUR Image

and allow this weak inferior to enter YOUR Divine Light,

and be reborn as YOUR slave,

worthy of being YOUR property!

it kneels before GOD and begs HIM to hear its prayer!”

PERSONAL JESUS MASTER extended HIS black leather-gloved Hand in a fist and Davis began frantically kissing It, as if the Glove was at his lips instead of on the screen.

GODMASTER laughed at the sight of HIS new acquisition debasing itself so thoroughly before HIM, said arrogantly: 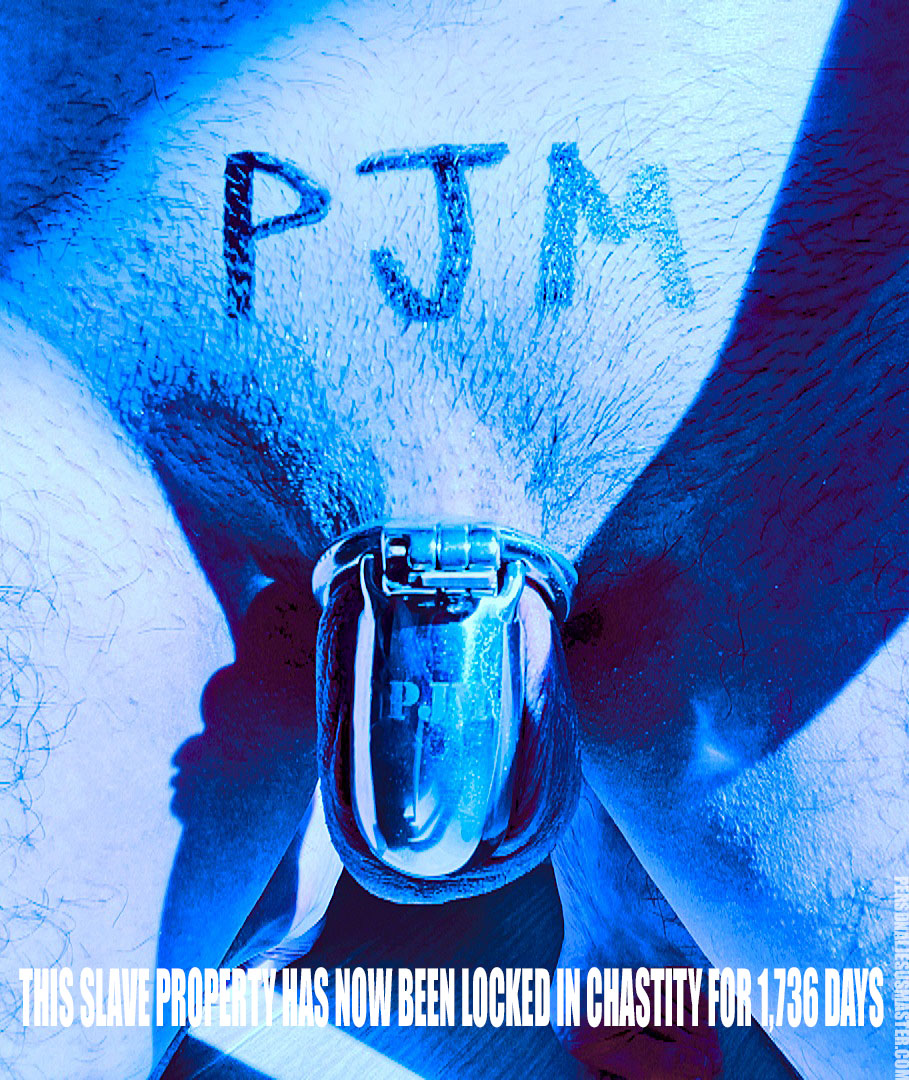