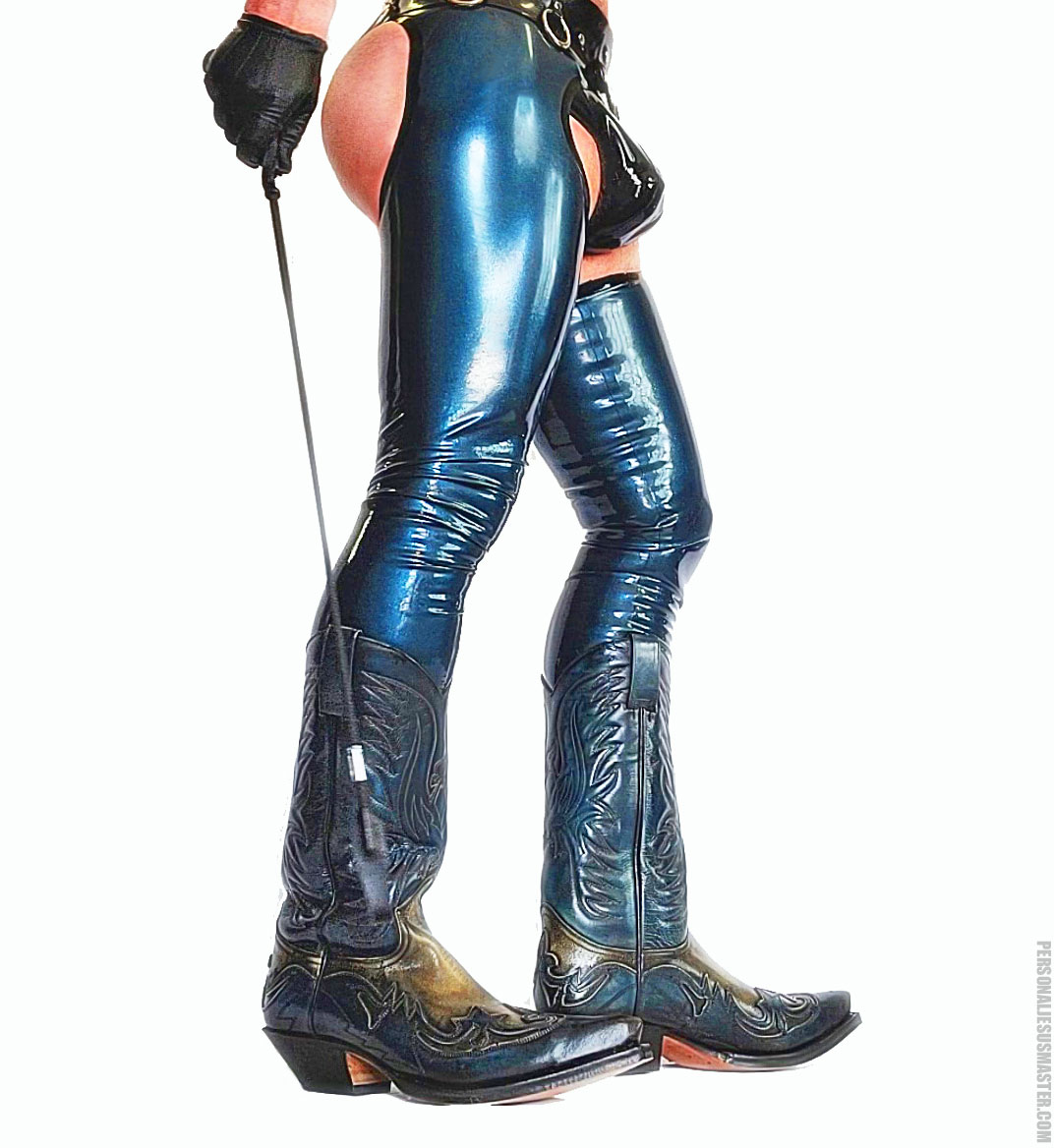 Part I – THE ARRIVAL

The day is finally here. After weeks of anticipation and anxiety, ponyslave is only minutes away from fulfilling its spiritual epiphany and appearing for the first time before its GOD,

The origin of this life-changing moment happened by Devine circumstances as GOD had scheduled a trip to the slave’s hometown for business and, through HIS generosity, is allowing the unworthy mindless drone property to be graced by HIS presence and act as HIS chauffeur from the airport.

The slave dropped everything to experience this Holy moment, taking vacation from work to be available at GODMASTER’S whim and sweating out every detail.

On this day of its LORD, a plugged and caged ponyslave is dressed in its best suit, drives to the executive airport where private jets deliver the most important travelers. GODMASTER will not experience the hassle of commercial airlines and will be served and chauffeured by HIS slave property. Circling until a front row parking spot is available, the slave makes sure that GODMASTER will experience every convenience.

Sweat beads are forming on its forehead when it sees that GOD’S private jet has landed, its slavebrain programming keeping it blank but ready for anything. It will take great discipline to restrain from falling to its knees and worshipping the amazing blue Sendra Cowboy Boots GOD indicated that HE would be wearing. ponyslave has dreamed of the intoxicating scent of HIS Boots for days, the delirious act of running its tongue over Them, the thought repeatedly triggering its slavebrain to worship images of HIS Boots and causing its miserable caged slavecock to twitch uncontrollably.

The seconds tick by, ponyslave trying to remain calm as it waits in the airport lobby … when the most beautiful specimen of manhood the slave has ever laid eyes upon rounds the corner, walking with that unmistakable swagger and clad in tight jeans, a leather jacket that hugs HIS GODBODY like a glove, and those Sendra Denver Azur Cowboy Boots with the trademark slanted heels and exquisite overlay details in shades of blue and grey!

The slave’s senses are overwhelmed by this glorious sight, mind dazed into blankness, slavecock trying to come to attention in its cage and its mouth already salivating for those Boots, eyes glued to Them; stunned by this Vision of GOD striding towards it, knowing it is not to make direct eye contact with PERSONAL JESUS MASTER unless so commanded.

Knowing that at this moment, its life has begun. 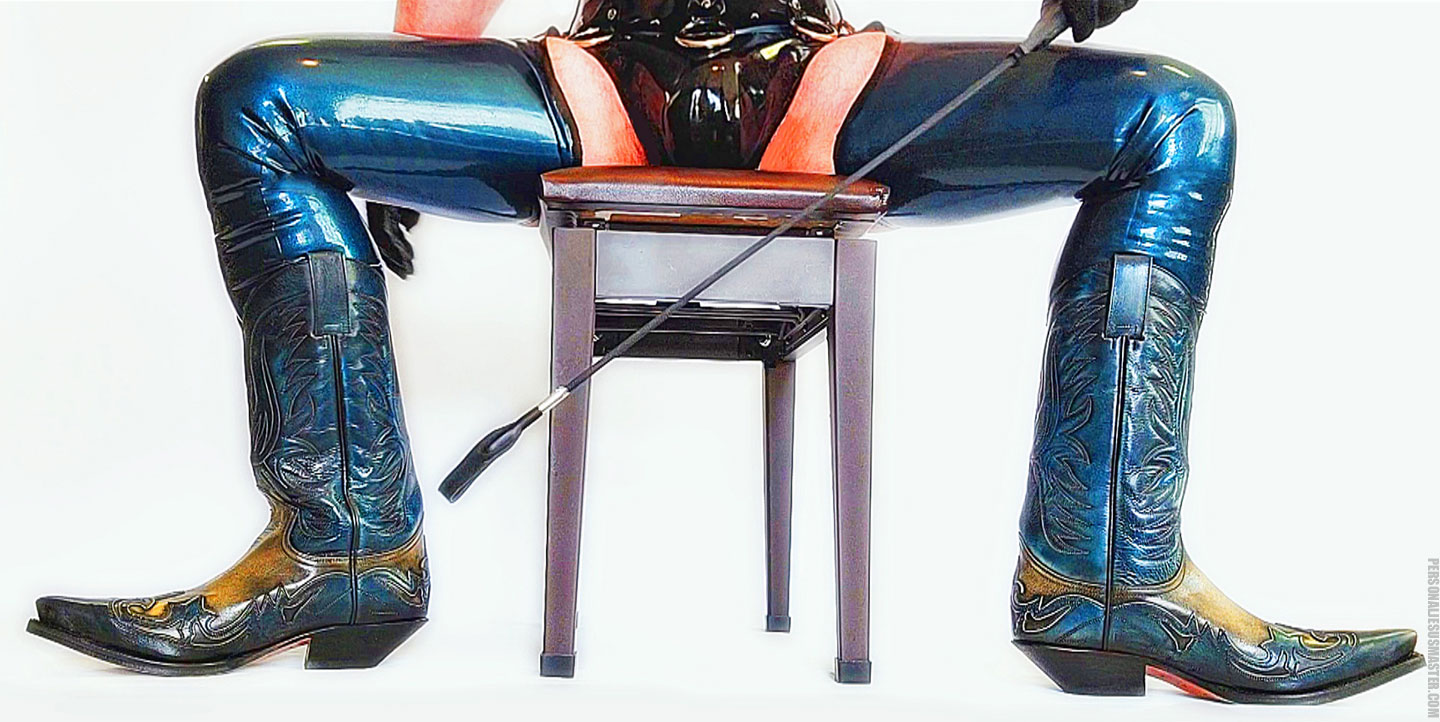 Part II – IN THE PRESENCE OF GOD

Seconds feel like hours as GODMASTER approaches, walking confidently down the corridor and into the waiting area towards HIS property. every eye seems to follow this GOD on Earth, and a slight nod lets ponyslave know that The Almighty PERSONAL JESUS MASTER acknowledges its presence.

ponyslave expected to see its GOD’S Face for the first time in this moment but pandemic protocols mean GODMASTER is wearing a Leather Face Mask and mirrored aviator Sunglasses, disguising HIS glory without looking suspicious. The slave wonders if it will be allowed to see GOD’S Face at all.

The slave is soaking in sweat under its suit and utterly stunned at the sight of GOD, even with Mask and Sunglasses. In GOD’S presence, the slave feels a wave of relief and the most amazing sense of joy. it also feels the intense strain that its engorged slavecock is putting on its cage as the hardness intensifies.

ponyslave catches a glimpse of the steward from the private plane with HIS Luggage. GODMASTER’S Holy Belongings are encased in two beautiful black leather Louis Vuitton bags with gold rivets and trim.

Handing the steward a generous tip, ponyslave takes the bags and follows GODMASTER out of the terminal door, carrying the rolling luggage to protect HIS property from any jarring.

And as ponyslave is loading HIS luggage into the back of its vehicle, it notices a minor scuff on one of GODMASTER’S Suitcases. Realizing it has no cleaning supplies, it uses the sleeve of its suit jacket to carefully remove the blemish, hoping GODMASTER will not notice the dirt now on its sleeve.

Chilled Evian bottled water, fresh fruit and a box of fine cigars with lighter and cutter are on a silver tray in the back seat. GODMASTER opens a water, briefly lowering HIS mask to drink, ignoring the cigars and fruit.

HIS disregard for the box of cigars deflates the slave’s secret hope that GODMASTER will light up and smoke in its never smoked-in vehicle, but the scent of GODMASTER’S pheromones wafting through the car is now overwhelming ponyslave’s slavebrain. the property has dreamed of GOD’S Holy Scent for years and it is more intoxicating than it ever could have imagined, definitely sending it into some kind of pre-tranced euphoric state.

A moment later, while stopped at a light, ponyslave notices a bank up ahead on the right. Without thought, the slave hears itself ask:

“May it dispense for YOU, GODMASTER?”

The slave pulls up to the ATM, returns with $700, thirty-five new $20 bills and, as it hands the stack to GODMASTER, says “thank YOU GODMASTER for using it.”

GODMASTER chuckles, a sound just as seductive as ponyslave imagined it would be in person.

“This is an old-school slave, apparently. it doesn’t know that there are apps for transfers like this now?”

ponyslave thinks for a moment that it might have disappointed GODMASTER until HE follows up HIS comment with the three words that mean everything: 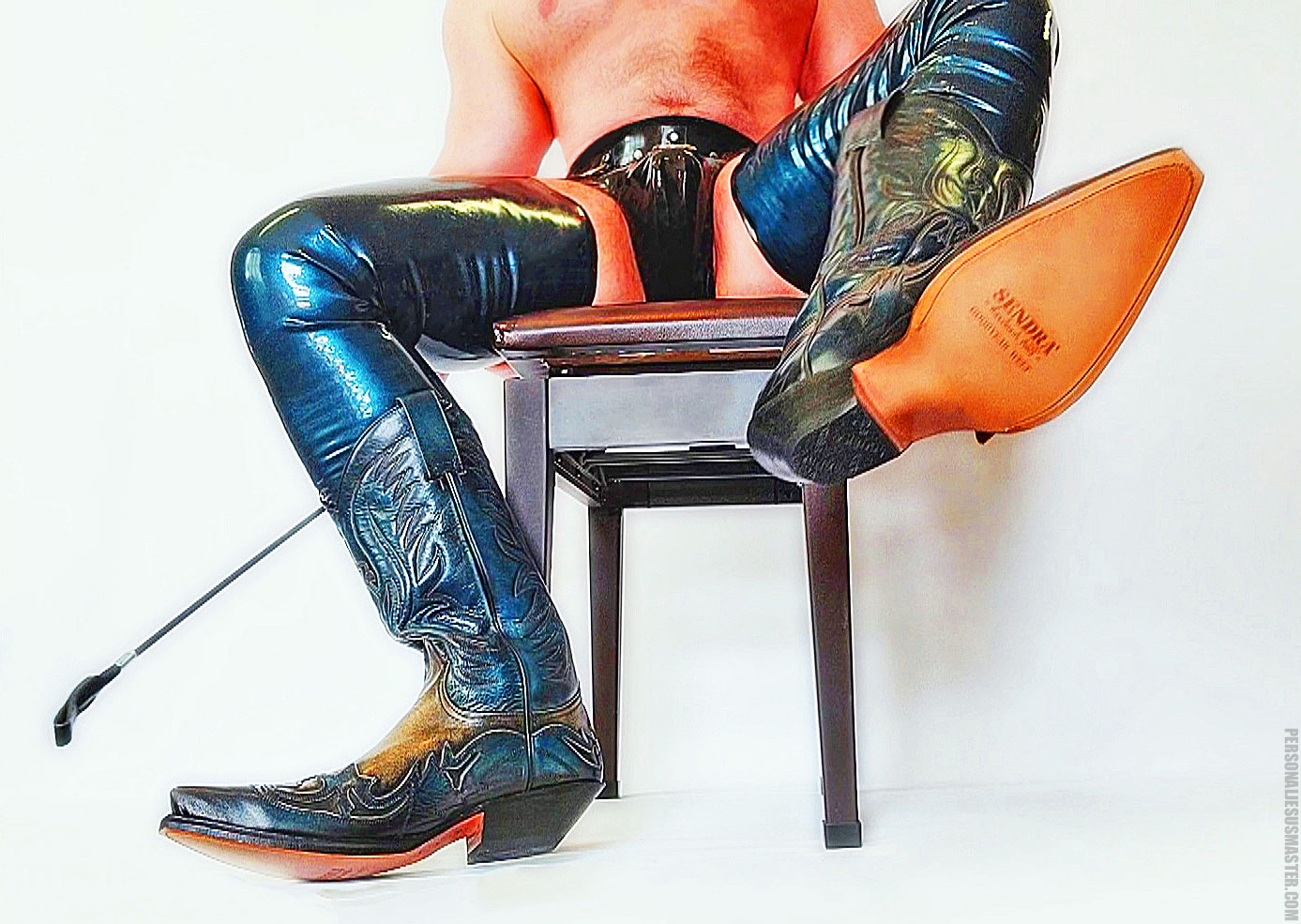 ponyslave lives in a quaint bungalow on a tree-lined street. The interior decor is tasteful and comfortable. ponyslave kneels by the front door, head down as GODMASTER strolls casually through the house, more than aware that the sound of HIS Boots clicking on the hardwood floors is shifting the slave’s worthless and throbbing slavecock into overdrive in its agonizingly cold and unforgiving steel cage.

ponyslave’s thoughts drift through its slavebrain: How did it get to this moment? it remembers back when it consciously thought that the hours it spent in the Oculus, watching HIS Vids, wouldn’t actually PROGRAM its brain. That those nights with HIS loops repeating over and over while it slept must have been more effective than it thought. The slave tried to recall the very moment that PERSONAL JESUS MASTER became more than a diversion, more than a kink. The moment when ponyslave realized with great certainty that PERSONAL JESUS MASTER is GOD.

GODMASTER re-enters the space, drops the slave’s leather hood and harness onto the floor in front of it, says, “Strip.”

And as ponyslave is shedding its suit and tie, it notices its grandmother’s favorite vase, a priceless family heirloom, dangling from GODMASTER’S leather-gloved Hand. ponyslave is tightening the hood, eyes on the vase, a million thoughts and emotions racing through its slavebrain. And its slavecock is now straining even harder in its cage for some reason at the sight of its GOD holding something so precious and irreplaceable to it in HIS HOLY HAND.

GODMASTER takes a seat in the distance, on a grand black leather chair that instantly becomes HIS Throne the moment HE regally rests upon it. He bends down, gently places the antique vase on the floor next to HIS Boot. HE sits back again, retrieving a cigar waiting for HIM on a table next to HIS leather Throne, along with an ashtray, lighter and cutter. ponyslave even purchased a full humidor for this special occasion.

Still wearing the Face Mask and Sunglasses, HE glances towards the waiting and quivering ponyslave property as HE prepares HIS Cigar. The pristine home is about to get smoked the fuck up. ponyslave was hoping this would mean a reveal of GODMASTER’S Face as it struggles to stay still and calm, mouth literally beginning to drool now as it stares at those beautiful, sexy Sendra Boots.

Absolutely nothing else matters but this moment.

GODMASTER glances over HIS Sunglasses, at the recently purchased leather saddle waiting in a corner of the room. And now HE casually places one of those beautiful, ultra-expensive Boots on top of the vase. ponyslave can feel HIS Eyes on it from behind HIS Sunglasses, studying HIS property closely as HE slowly begins to apply pressure, pressing down harder until the fragile family treasure gives way under HIS powerful Boot, shattering into a thousand pieces on the floor before HIM.

ponyslave is struggling to reconcile its emotions, destroyed but so incredibly turned on at the same time as GOD commands:

The slave starts to shuffle towards HIM, on its knees, when it hears HIM speak again:

And ponyslave instantly drops down to the ground, crawling now like a mindless slave worm, across the room and through the shards of glass, pain and delirious arousal colliding as it moves closer, positions its slavemouth to just inches before the HOLY BOOTS of its GOD and MASTER, waiting.

The slave can smell the aroma of HIS lit Cigar drifting through the space now. Smell the fine leather of those amazing Boots.

The command ponyslave had been most waiting for, eagerly obeying. Obediently pressing its worthless, hungry slavetongue greedily into the Sole of GOD’S BOOT.

And in this miraculous millisecond, this gifted moment before GOD HIMSELF, tongue to Sole, its programmed and owned slavebrain seems to … snap. 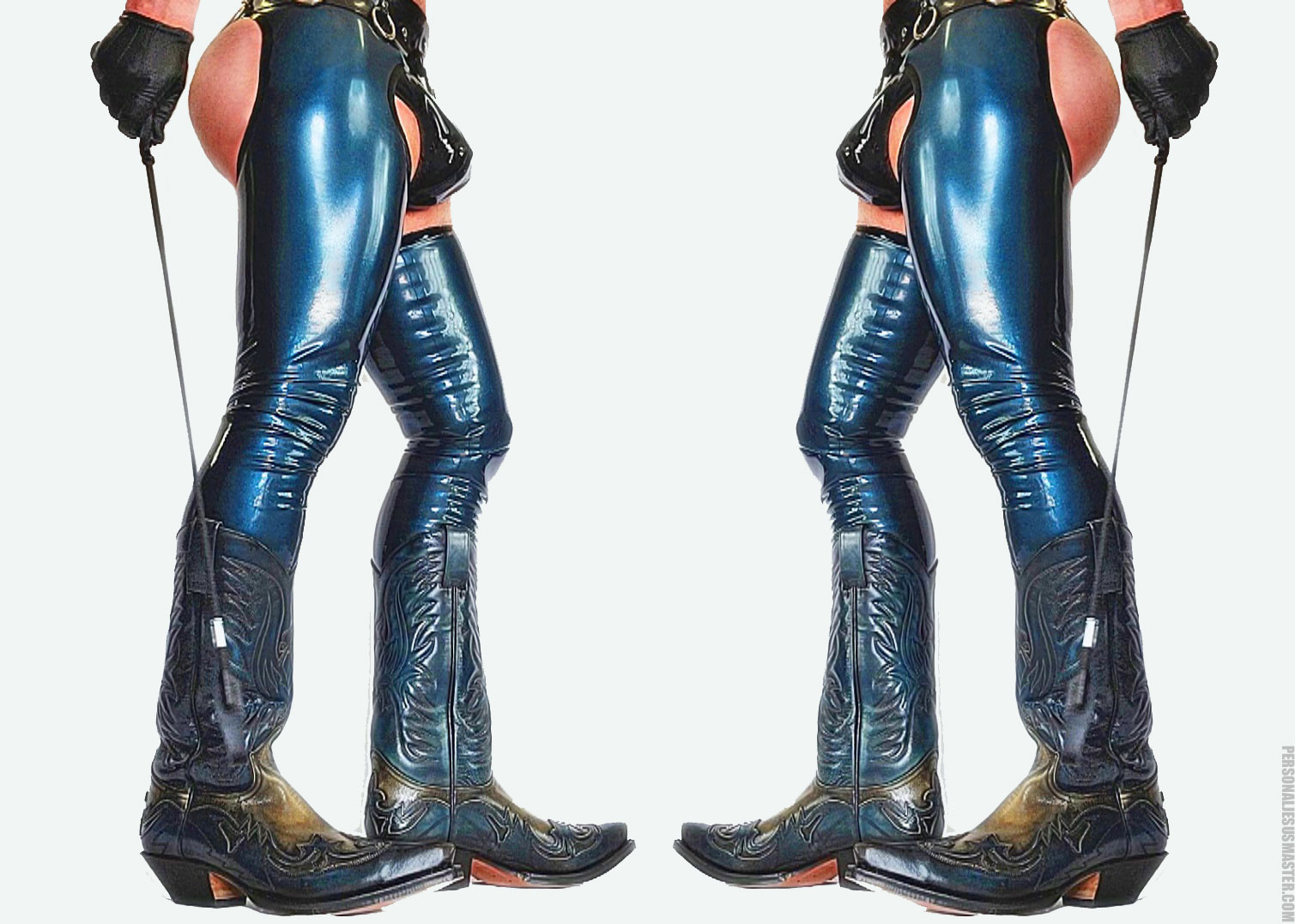 there is absolutely nothing else!

it PRAYS to PERSONAL JESUS MASTER. it begs GODMASTER to please bless this slave property with the honor of worshipping HIS well-worn HOLY JOCKSTRAP! it knows that it is not worthy of such a reward and it knows that it will never be worthy but, please GODMASTER, grace this slave property with HIS mercy! please allow this slave property to not only worship , but to inhale and lick, to take in the deep scent and taste of the very JOCKSTRAP that cradles the immense power of HIS Awesome HOLY GODCOCK, while it mindlessly edges the dildo installed over its locked slave nub! worshipping the very JOCKSTRAP that is pinned between GOD’S HOLY BALLS and the leather seat of HIS motorcycle! absorbing the sweet musk of HIS GOD SWEAT, absorbing t