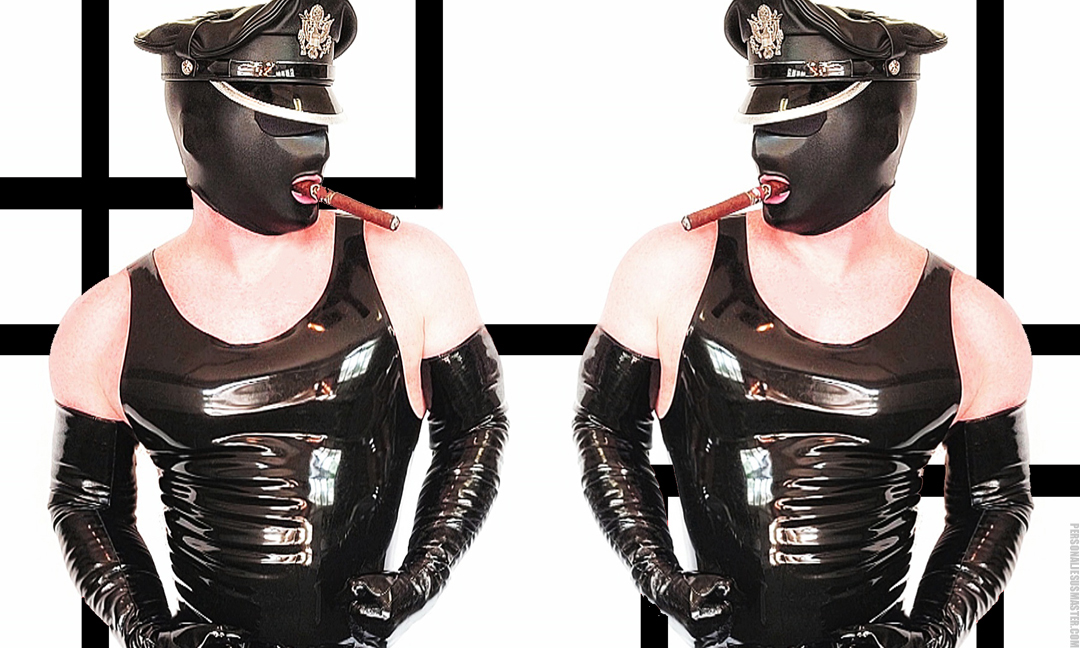 This is your story.

Though you will, at the end of the next sentence, no longer be called ‘you’ – that sounds too human, too like a person.

And what has slave1012 done so far to lose its identity?

How did it come to know about this Website?

Maybe slave1012 saw a reference to PERSONAL JESUS MASTER on another site, or in the blog of another slave. Or maybe 1012 met a ‘co-worker’ at the office that 1012 often thought seemed impressively successful but far away in its mind. A co-worker slave that bulked up and became more muscular very quickly. A slave that, as it bulked up, became more and more distant and stopped coming out with the others for after-work drinks.

A slave who began to talk in a calm, slightly robotic tone …

Was it like that, 1012? Did 1012, one day, speak to this other slave in the office? Ask it how it was? And did the slave reply in its level, robotic voice that it had never felt more fulfilled in its life? Did the slave fix 1012 with a stare of such power and knowing that 1012 felt a jolt surge through its entire body, leaving it weaker and … wanting?

Not knowing what it wanted, but wanting.

Did the slave introduce 1012 to its ‘friend’ — the slave now known to 1012 as slave720? And did 720, muscles rippling in its Hugo Boss suit, speak in the same slightly robotic tone, and undo two buttons on that impeccably-ironed shirt to reveal its tight shiny rubber slave uniform beneath? And did the ‘co-worker’ slave do the same? Did slave720 extend a card to 1012, a rubber-covered card with a Web address on it? Maybe casually drop the card onto the ground so that 1012 would have to stoop to pick it up?

1012 has probably forgotten exactly how it happened.

it went home and logged into the Website … and part of its personality dissolved in that moment.

1012’s slavecock became rock hard in an instant, gazing at the Images of this rubberclad/leatherclad … GOD before it.

And 1012 knew immediately, in those first seconds of ‘worship’ … that it wanted, NEEDED to submit to this PERSONAL JESUS MASTER.

To become HIS slave.

1012 couldn’t look away, transfixed, slavecock bone-hard, standing to attention in a way that was already hard-wiring its very ability to become erect directly to these transformative Images flashing before its eyes.

To the powerful, dominant Voice it was hearing and already desperate to obey.

it can’t recall sliding its body into the cool, strong-smelling rubber suit, its slavecock becoming almost unbearably hard, feeling this new uniform restricting and conforming tightly like a new layer of skin.

The slave can’t recall finding the chastity device in the package, and waiting anxiously to detumesce so that it could install the steel cock cage.

Can’t recall the surge of joy, the sense of coming home and of glorious submission as it locked its slavecock away.

it lost even more of its personality as those metal bars closed around its slavecock – lost independent thought and independent action as the slave realized, quite rightly, that it had only one source of pleasure now – its new MASTER.

Every day slave1012 kneels and prays to PERSONAL JESUS MASTER, slavecock leaking and struggling to become erect in its metal cock cage – sublimating all sexual passion; willingly giving up release because it knows, without being told, that this is its destiny.

Every day it puts on its work clothes over its rubber uniform and travels to the office. its slave colleagues acknowledge it secretly. Occasionally one will mention ‘the GODMASTER’ in a whisper and both will become painfully hard in those steel cock cages hidden beneath work trousers, slaves writhing in the ecstasy of pain and submission.

Or is 1012 too far gone on the journey into blissful unknowing?

1012 has a well-paying job – slave720 sought out the property for that very reason. slave1012 worked hard and applied for a promotion and, when the slave was told the new salary, it became unbearably aroused at the thought of how much more it could now ‘dispense’ to its real BOSS, PERSONAL JESUS MASTER.

Does 1012 remember the day it was taken even further into PERSONAL JESUS MASTER’S control? The day it was granted an online session before HIM?

Does it remember itself, nude except for the steel collar and cock cage, kneeling before GODMASTER, head down in reverence but shaking uncontrollably as it heard the VOICE of GOD bestow it with a new work drone cog identity number …

… and gave it a code to unlock its chastity device.

Lost to itself, but awakened to an electric, constantly pulsating and arousing surge in its slavebrain and in its slavecock.

A DEDICATION – complete psychological, physical, and financial enslavement to its BOSS, its OWNER, its GOD and its DESTINY: 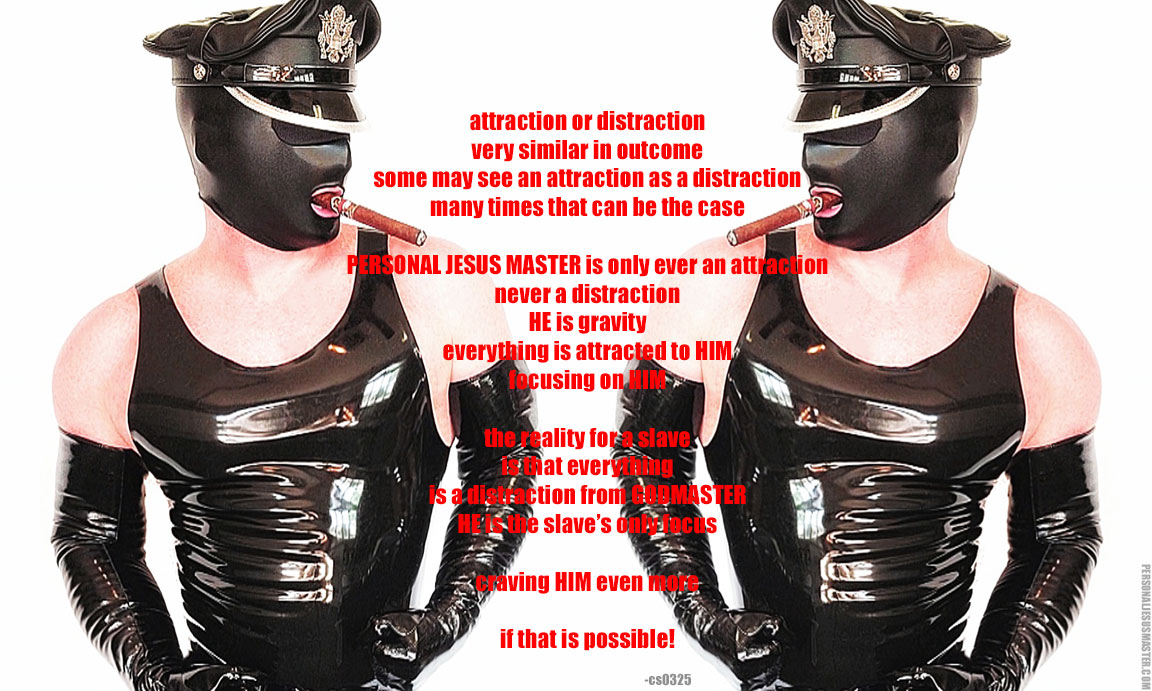 1012 read the story of slave720’s transformation from human into a cum-factory uber-slave, and then into a recruiting agent for GODMASTER.

The slave will be required to live in the outside world, becoming a stronger and increasingly valuable financial and physical asset to GODMASTER, generating income while producing the sperm that will create future generations of slaves in service to HIM.

Every orgasm a more profound descent into MASTER’S domination – deeper into the glorious, mindless oblivion of the slave-state.

Every orgasm a trigger, more permanently destroying its previous identity as it becomes the muscular, high-earning stud/slave property it sees in the mirror today. 1012 would have admired that ‘man’ … before it lost itself to the Ultimate Admiration.

And slave1012 will approach, it will talk in that robotic voice, show the glistening rubber beneath its shirt and offer the sexy, rubberized card. slave720 will step in and the process will start again, and again.

Until all kneel before HIM.

Until there is but one, splendorous, global slave nation.

the slave bought a chastity device a few months ago which it is keeping hidden from its boyfriend. the slave locks its slavecock while alone, praying to GOD PERSONAL JESUS MASTER.

the Edge-Play function has deepened the slave’s addiction to PERSONAL JESUS MASTER and takes it into an unbelievable state of mind.

this slave’s mind is YOURS, GODMASTER.

thanks to GOD PERSONAL JESUS MASTER for enslaving it.